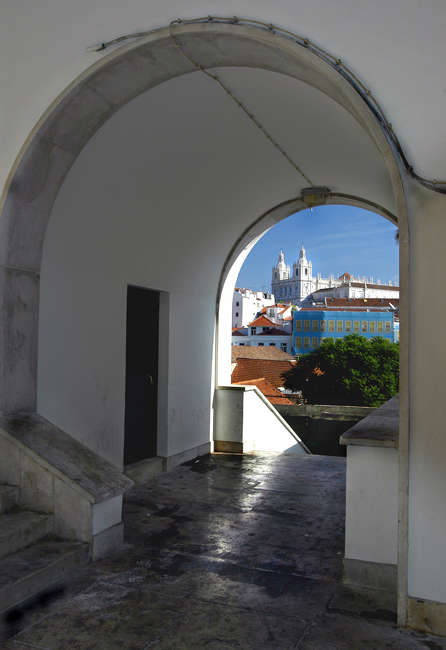 At the background, the beautiful large facade and twin towers of S. Vicente de Fora Church, so called because (Fora=Outside) it originally lay outside the city walls!
The biggest curiosity about this XVII renaissance monument for photoforum members, could be the fact that our mutual friend Craig Hansen, did a CD recording with an existing 18th century Portuguese organ, as a tribute to the musical contributions of the great Portuguese composer, Jose Antonio Carlos Seixas, because the year 2004 marked the 300th anniversary of his birth! Carlos Seixas wrote over 700 hundred works before his death at the age of thirty eight, but the best well known are the “Sonatas” for (Keyboard instruments) such as harpsichord, organ, clavichord and forte piano, according Craig’s information!
As a Portuguese, this is my tribute to your tribute, Craig.
Thank you.
published:
Sun 3 Oct 2004 18:04
equipment:
scaner Epson
permanent link:
https://www.photoforum.ru/photo/143733/
comments (15 from 44)
all comments descending

Beautiful framing andthe view in the back ground is breathtaking .

How very interesting photo. Love how you made this one Luquesio. (Probably the first time I write your name right. Sorry about that.

Many thanks and best regards.

Good perspective, lot of love to this wonderful place.

Thank You for interesting note

This is very interesting... I like it!!!!
Regards from Arvid!!

This one I really like.
Everything is so perfect here.