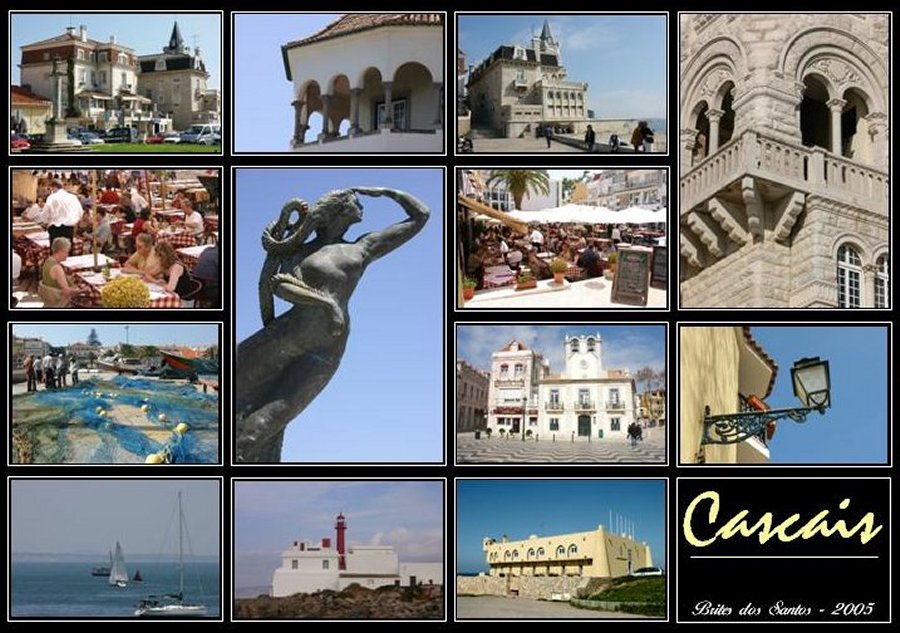 инфо
фото:
Cascais - To Craig Hansen
фотограф:
Brites dos Santos в избранные
раздел:
+ обсуждение
категории:
разное, архитектура, пейзаж
альбом(ы):
Travel
примечания:
Cascais - History
This town was a small fishing port throughout early history as it lies protected from nature’s elements at the mouth of the Rio Tejo. It was occupied by the Spanish under the Duke of Alba in 1579. In 1807, the French invaders commanded by General Junot using the Palбcio da Citadela as a suitable headquarters for his army. During the first part of the 19th Century the port trade declined bringing poverty to the town. When in 1870 the King, Luнs I, chose to convert the 17th Century building of the Citadela into his summer residence it soon became a very fashionable area. Aristocratic palaces and mansions followed. In 1926 the railway line from Lisbon to Cascais was the first to be electrified in Portugal and this also had a positive economic effect. During the 2nd World War several Kings and Heads of countries sought refuge in Cascais and nearby Estoril. With these people came other aristocrats, politicians, actors and writers - so many that the population increased by 20,000 people between 1939 to 1946 . Names of important exiles such as Duke of Windsor, King Umberto of Italy, Princess Joana of Italy, King Carol II of Romania, Prince Juan of Spain, Count Henri of France, part of the Hapsburg family, Regent Horthy of Hungary, can all be associated with the history of both this town and that of neighbouring Estoril.
Cascais - Description
Today it is the centre for the Lisbon working international community and the "younger set" who enjoy the diverse and sophisticated nightlife. One of the most outstanding palaces is the Palбcio de Conde de Castro Guimarгes that is open to the public and exhibits its own grand private collection that includes over 25.000 books and such rarities as an illustrated book by Duarte Galvгo (1455-1517). Also, most of the pre-historic finds from the Grutas de Alapraia are stored here. These were a series of underground caves only discovered in the late 19th Century. The Grutus do Poзa Velho are located in the centre of the town and date back to the Neolithic period. On a much more modest scale is the Museu do Mar that depicts the story of Cascais and its fishing history. Just outside the town is the famous Boca do Inferno in which the sea on rougher days hammers into the rock and creates a booming noise and a spectacular spray. Today, Cascais now boasts a smart new Marina with lovely boats adding a further attraction to the town. The Praзa de Touros built 1873 is an imposing area in which regular bullfights can be seen. The Parque Palmela is an attractive park created by the Duques de Palmela and now maintained by the Town Hall in which open-air concerts are often held.

Another excellent work... I like it a lot!
Beautiful!!!!

nice shot; thanks for explanation about of Caracas

Great idea, great report and very well dedicated to our friend Craig! He is going to like it! Um abraco.

Muito obrigado meu amigo! It`s a wonderful postcard from your country! Thank you for the dedication and for the memories of such a special place! I am very honored!