Photo "An unusual perspective of the Torre de Belem" 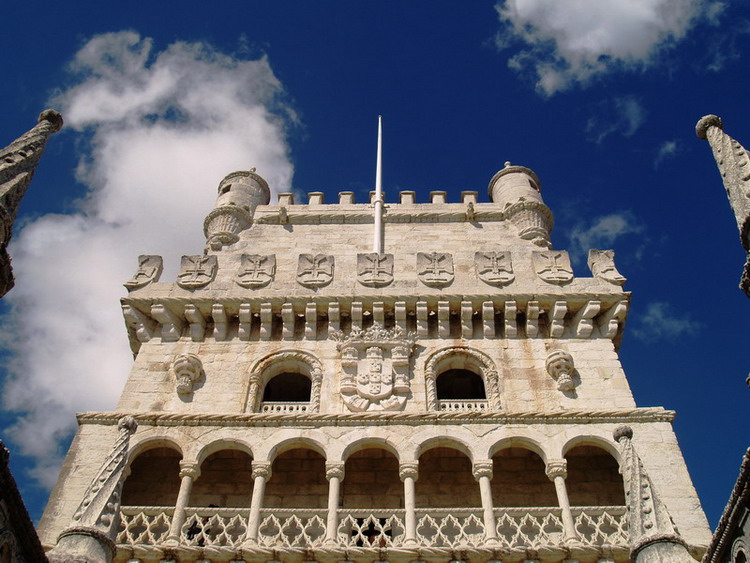 info
photo:
An unusual perspective of the Torre de Belem
photographer:
Joaquim Simoes add to favorites
section:
+ discussion
categories:
architecture, landscape
place:
Portugal
notes:
Bel&#233;m Tower was built in the Age of the Discoveries (when defending the city was of paramont importance) in tribute to the patron saint of the city, Saint Vicente.

In order to enhance Lisbon’s defence, King Jo&#227;o II drew up a plan that consisted of forming a three-fortress-defence on the Tagus’s estuary. It formed a triangle and on each angle, a fortress was constructed: Cascais's fortress on the right bank, S. Sebasti&#227;o da Caparica on the left bank and Bel&#233;m Tower in the water.

The tower is replete with Manueline decoration, symbols of the King’s power: cables encircling the building and terminating in elegant knots, armillary spheres, crosses of the Military Order of Christ and naturalistic elements such as the rhinoceros, the first such representation in stone known in Europe.

In time, with the construction of new, more modern and more effective defences, the Tower of Bel&#233;m lost its role as defender of the entrance of the River Tagus.
As centuries passed, new functions were given to the tower. It was a customs control point, a telegraph station and even a lighthouse.
It also served as a political prison, its storerooms transformed into dungeons, since the time when Philip II of Spain became king of Portugal (1580) and during periods of political unrest. Finally, in 1983 UNESCO classified it as a World Heritage Site.
P.S.
I have to tell you that this photo was taken inside the monument. Usual people take the photo from the outside of the tower. I'll promise you all that someday I'll do the same to show you this beautiful monument.
Thank you.
published:
Sun 24 Sep 2006 03:34
permanent link:
https://www.photoforum.ru/photo/313102/
comments (15 from 15)
all comments descending

good think with that frame and angle of view; regards

Excellent composition with wonderful details, textures, light and colors!!!!! Congrats, my friend!
Thanks for the notes!!!!
Bom domigo!
Beijos!

Thank for notes, an interesting monument of a history and architecture, well taken.

so beautiful - the white castle and deep blue sky!!!... perfect!

a so effective pov!.. such good light, and notes.. i am waiting for more of these!..
beijos, jose!