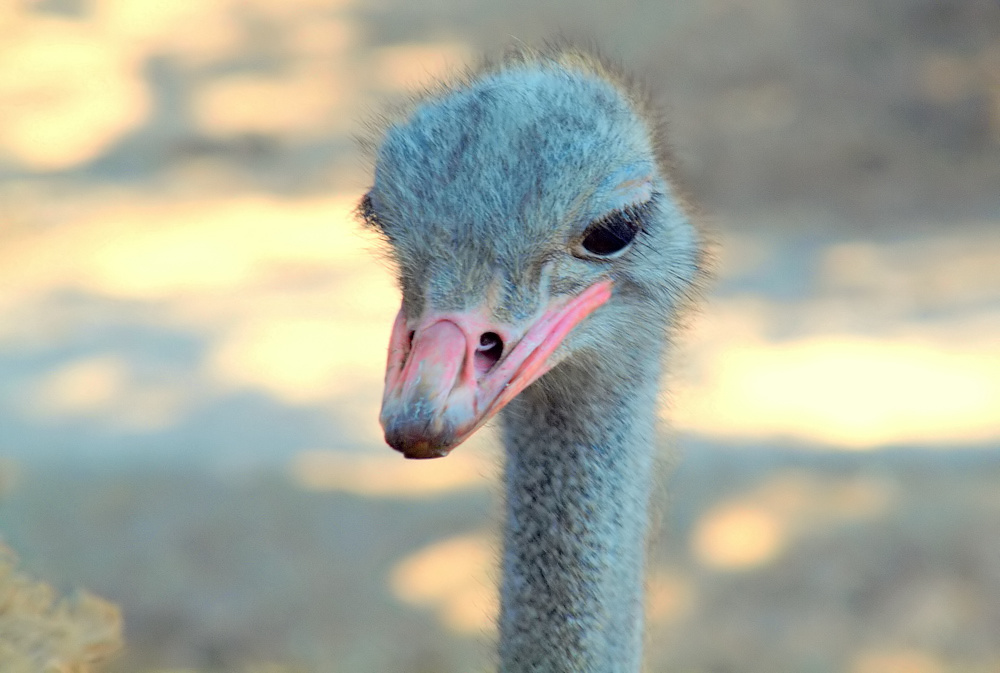 The Ostrich is one or two species of large flightless birds native to Africa, the only living member(s) of the genus Struthio. Some analyses indicate that the Somali Ostrich may be better considered a full species apart from the Common Ostrich, but most taxonomists consider it to be a subspecies.

Ostriches share the order Struthioniformes with the kiwis, emus, and other ratites. It is distinctive in its appearance, with a long neck and legs and the ability to run at maximum speeds of about 97.5 kilometres per hour (60.6 mph), the top land speed of any bird. The Ostrich is the largest living species of bird and lays the largest egg of any living bird (extinct elephant birds of Madagascar and the giant moa of New Zealand did lay larger eggs).

The diet of Ostriches mainly consists of plant matter, though it also eats invertebrates. It lives in nomadic groups which contain between five and fifty birds. When threatened, the Ostrich will either hide itself by lying flat against the ground, or will run away. If cornered, it can attack with a kick from its powerful legs. Mating patterns differ by geographical region, but territorial males fight for a harem of two to seven females. These fights usually last just minutes, but they can easily cause death through slamming their heads into opponents.

The Ostrich is farmed around the world, particularly for its feathers, which are decorative and are also used as feather dusters. Its skin is used for leather products and its meat marketed commercially.