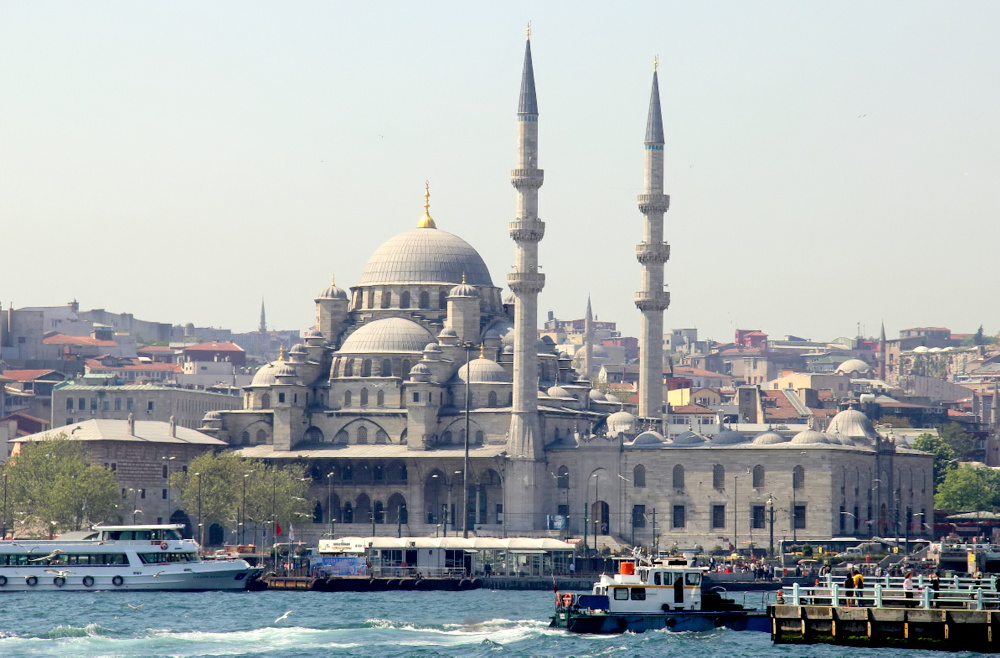 инфо
фото:
"The New Mosque (Istambul)!
фотограф:
Joaquim Simoes в избранные
раздел:
+ обсуждение
категории:
архитектура, пейзаж, город
место съемки:
Турция
примечания:
The Yeni Cami, The New Mosque or Mosque of the Valide Sultan (Turkish: 'Yeni Cami, Yeni Valide Camii') is an Ottoman imperial mosque located in the Eminönü district of Istanbul, Turkey. It is situated on the Golden Horn at the southern end of the Galata Bridge. It is one of the best-known sights of Istanbul.

The construction of the mosque first began in 1597. It was ordered by Safiye Sultan, who was the wife of Sultan Murad III. The original architect was Davut Ağa, an apprentice to the great Mimar Sinan. However, Davut Aga died in 1599 and was replaced by Dalgıç Ahmed Çavuş. The construction took more than half a century and was completed by another valide sultan Turhan Hadice. The project was hampered by political disconnect, and its location and monetary implications created dissent in the court. The Eminönü neighborhood was the city's foremost commercial center, and home to a predominantly Jewish population. In situating the mosque there, Safiye Sultan hoped to extend the sphere of Islamic influence within the city, capitalizing on the growing discontent of local and foreign merchants caused by the growing power and influence of their Jewish counterparts, which gave the Sultan an easy justification for confiscating their property. However, the vast monetary outlay drew sharp criticism. In particular, the Janissaries resented the growing political power of the Valide Sultan, and believed the mosque to be an unnecessary expenditure. Safiye Sultan was forced to abandon the project upon Mehmet III's death. The new Sultan Ahmed I had no interest in pursuing the project after Safiye Sultan was relegated to the harem and the construction was abandoned.

The partially constructed structure fell into ruins and was largely destroyed by a fire in 1660. Later that year, the imperial architect Mustafa Ağa suggested that Valide Turhan Hadice, mother of Sultan Mehmet IV, should complete the project as a work of piety. The mosque was finally finished in 1663, and inaugurated in 1665.

Beautiful architecture well taken, thanks for the info.