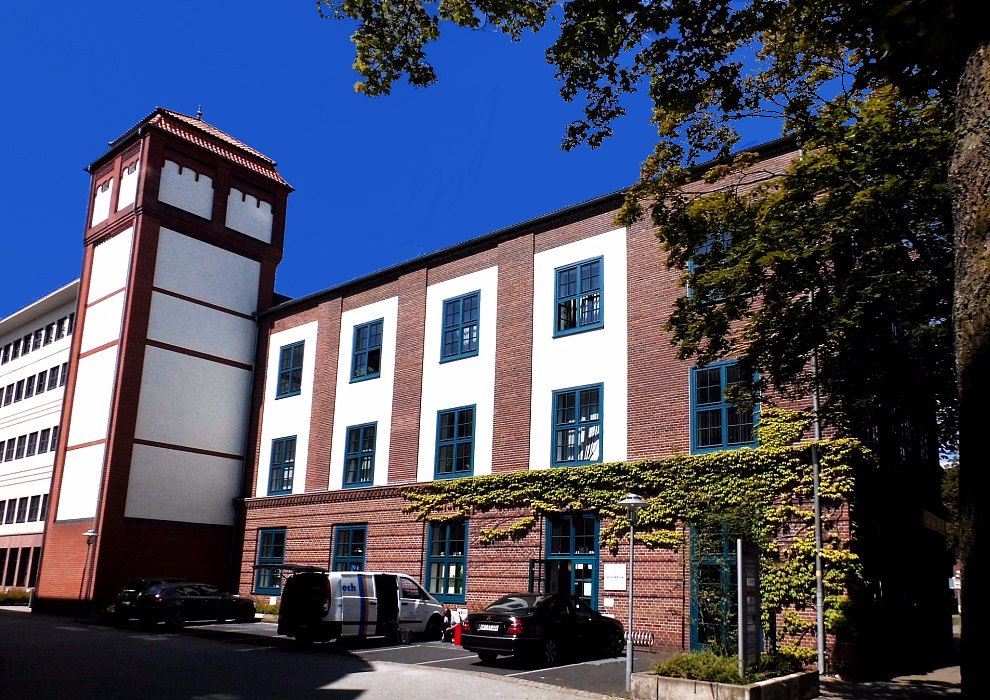 info
photo:
The Old Grammophon Factory
photographer:
Bernd Ratfisch add to favorites
section:
+ discussion
categories:
architecture
tags:
Deutsche Grammophon Gesellscha Europe Hanover building factory
place:
Germany
notes:
This view shows the former factory of Deutsche Grammophon at Podbielski Street in Hanover, Germany.
The factory was founded at this place in 1898 in buildings, which completely disappeared until today. What you see was build later. The tower is from about 1910, the other buildings were build about 1930. The factory was in use for production until "Universal" bought "PolyGram".
Now the factory buildings are used as a cultural center.
The first Compact Disc ever made in Germany was made here...
published:
Sat 9 Aug 2014 17:38
equipment:
digital camera FujiFilm S 6800
permanent link:
https://www.photoforum.ru/photo/775655/
comments (15 from 15)
all comments descending

Your comment is correct and important. The error at the cloud's edges arose, when I pushed the saturation...
But I behaved like a beginner... During process, I deleted the original file in the camera's chip...
So I couldn't undo this error. The best thing in this situation was, to remove the cloud completely. I hope that you like this version better now.
I did a little PC against the falling tower. (50% - before deleting the original) Originally, the falling was much more. I didn't correct the perspective to a straight tower, because that looked quite strange for me...

I think, so better. I tried to correct, my dear. It was necessary to reduce the left part a little. But it is better to work with the original, certainly my variant of the photo

It looks good. Thank you!

No problem! I think it would be better if you will do capture more to the left during shooting

I made a fully perspective correction in a former entry here: http://www.photoforum.ru/photo/763520/ ... It made some distortion at the towers roof circle. Since that, I am careful not to get such a result again...
But your result is perfect! A good variant!

Many thanks for the information

Thanks for the information and the shot.

the photo has been reuploaded
фотография была заменена